A measure of success: In conversation with Jordan Greene

Miramar Global > Automotive > A measure of success: In conversation with Jordan Greene

I recently, for the first time in a long time, travelled from the UK to the US to reconnect in person with some of my most prominent business relationships. Collaboration tools have their place, and in my industry have been widely used for some time and have no doubt been instrumental in the continued economic success of the automotive industry. There is however no substitute for the creativity that flows when people get in a room together.

The automotive industry has really started to recognise the value in data and software as part of the Tier One value proposition. I spent some time with AEye during my trip. This is a company challenging perceptions and delivering a platform to market via Tier One suppliers that leverages the capabilities of AEye’s unique software licencing model. One of the co-founders, Jordan Greene, has been, and continues to be a large part of the AEye narrative: “At the start of my career, I considered where the greatest painpoint and opportunity in the value chain existed. The answer, I found, was that it was the people collecting and processing the data being used to make decisions. That was where the greatest value that we could add was – It was not in in the hardware itself due to the fact that world-class manufacturers already exist. The value was where the data and the software intersected with the hardware, where you were able to enhance existing assets, enabling new features and business models.”

Greene, AEye’s Co-Founder and GM of Automotive, completed his education at UC Berkeley with a Business degree from Haas and a concentration in Engineering Leadership from the College of Engineering. “Early on, right off the bat,” says Greene, “I paired up with a few very smart individuals who were creating some really novel concepts for the aerospace and defence community. We were working on flow control technologies, boundary layer manipulation techniques; different ways to actually influence the performance of a vehicle or any object moving in a fluid, which is pretty much everything that moves. We were doing a lot of really cool research and a lot of the success we were having was within low speed, low flying drones because they were used for aerial surveillance, reconnaissance implementations; everything from the commercial applications of trying to be able to see degradation of pipelines or power lines, through to aerial mapping and agriculture topography through to automotive applications, but I had an epiphany where I looked at the value chain and where the greatest opportunity existed – That is how it all started for me.”

You can’t fail to notice Greene. He has received recognition from the business community on a number of occasions,not long ago making the ‘Forbes 30 under 30’ as well as more recently, ‘Informa Tech Automotive Inspiration of the Year (under 30)’. What affect do the awards have both personally and professionally? Do they become a label? “Hopefully, nothing has changed in the way that people think of me or engage with me,” says Greene, “but as far as what it means, there are pros and cons. The pro is that you’re distinguished at a young age, and that’s great, butthe con is that your age is out there in the world and every time anyone looks you up, they see an article that says ‘Jordan Greene, 26’, and in mature industries like automotive or aerospace, sometimes youth is not always viewed positively. That said, I have found that I can use my age to my advantage because the market is rapidly evolving, and I can bring a differentiated perspective on strategy and business models. We have to start thinking creatively on how to usher in the new era of mobility and software-driven vehicles.”

And how about personal challenges, I asked Greene. “The greatest challenge I face is saying no to things. Someone actually recently sent me an article that said Warren Buffet claims the most common trait amongst some of the most successful people in the world is their ability to say ‘no’ to the majority of requests to better manage themselves and their mental health. I’m still working on that!” 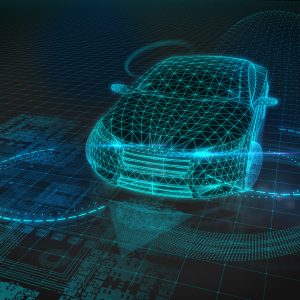 AEye: Developing the future of automotive technology with Jordan Greene 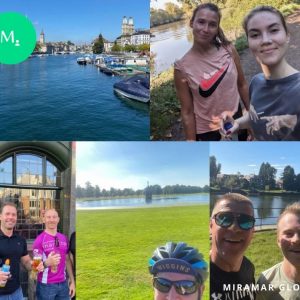 Start Ups: What if you knew then what you know now? In conversation with Jordan Greene